Well, the old Triumph went into the workshop last week and I had the use of this for the day... 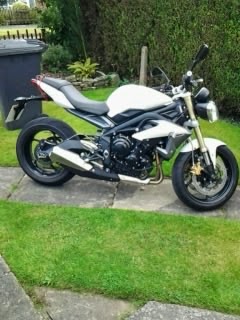 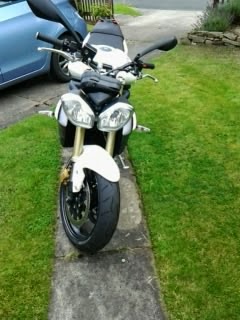 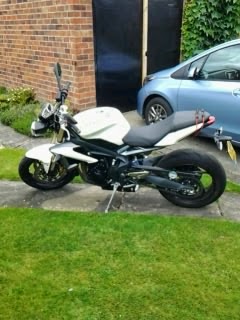 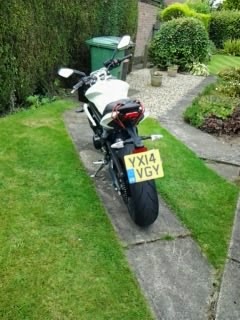 It really is a fun bike but not my cup of tea. Unfortunately at the end of the day I received a call from the workshop telling me that they hadn't managed to get all the required parts for my bike and they need the Triple back. However I was to get a replacement bike. What I ended up with was this nice little number... 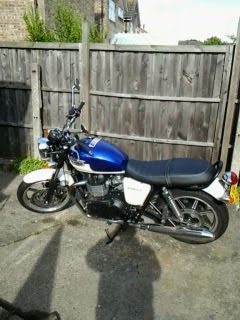 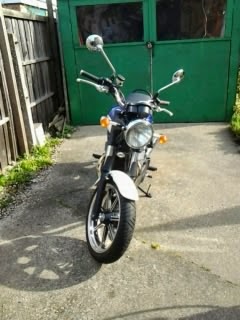 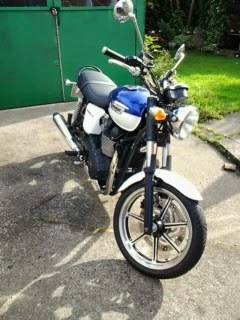 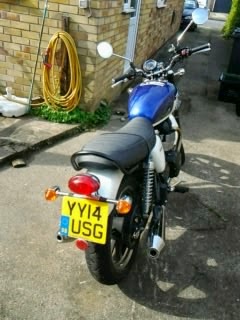 Triumph Bonneville
This actually is quite a sweet bike to ride and the twin pot engine at a little under 900cc gives a nice grunt and pulls really well. But, despite the reasonable sized engine, it is quite a small bike and I don't feel completely comfortable on it in the way that I do on my bike. The Speedmaster I had use of a while ago is not actually much bigger, if at all, but the riding position made it a much nicer bike to ride.

I got my bike back having had the clutch slave cylinder replaced, the radiator flushed and a new radiator cap fitted. I really need to sort out my garage and reclaim my workshop from all the junk as these are jobs I could be doing myself.

The next day I rode it across to Hull. The needle on the temperature guage was just below the red most of the way which made me feel uneasy. Returning to York it crept up into the red and as I hit traffic it went up out of the red. The engine was still running ok so I just rode it straight back to the workshop. Probably more to do with the guage or a switch problem than the actual cooling system. Back on the Bonnie and I still am as there is a further wait for another part and of course it's the bank holiday weekend. I'm told I probably won't get my bike back until Friday.

I'll be so glad when I evenually go with cash in hand an buy my brand new Harley. That might not be too far off now as there are signs that the legal crap is nearing its conclusion. Still not holding my breath though!

Of diesel spills, new boots and trews, jam delivery, a bike to steal my heart and a rotten leak...

Well, this last couple of weeks has been fairly eventful despite having taken the week before last off to catch up with some academic writing. Even when I know I shouldn't allow myself to be distracted getting on the bike and taking off is a great way to sort the head out when the academic stuff is threatening to pickle yer brains. I used the excuse of doing a bit of DIY across at my dad's, one trip on one day to take the gear and another a couple of days later to go do the work.

I nearly didn't make it to the second trip though; on my way back from trip one I came up to the final roundabout before home, fortunately there was a lot of traffic and I was travelling pretty slowly because as I entered the roundabout the back end went! Diesel, a biker's worst nightmare. Fortunately I didn't suffer an untimely dismount, somehow I managed to pull a snaking rear end back in line. It was stomach churning, buttock clenching stuff. Why do so many truck drivers insist on overfilling their fuel tanks? If the traffic had been lighter and I had been going any faster I dread to think what might have happened. Grrrrr!!!

You may remember from a recent post that one of my old boots had begun to lose its sole. Well it was a good excuse to get some new boots. Not one to do things by half I decided to buy two pairs... 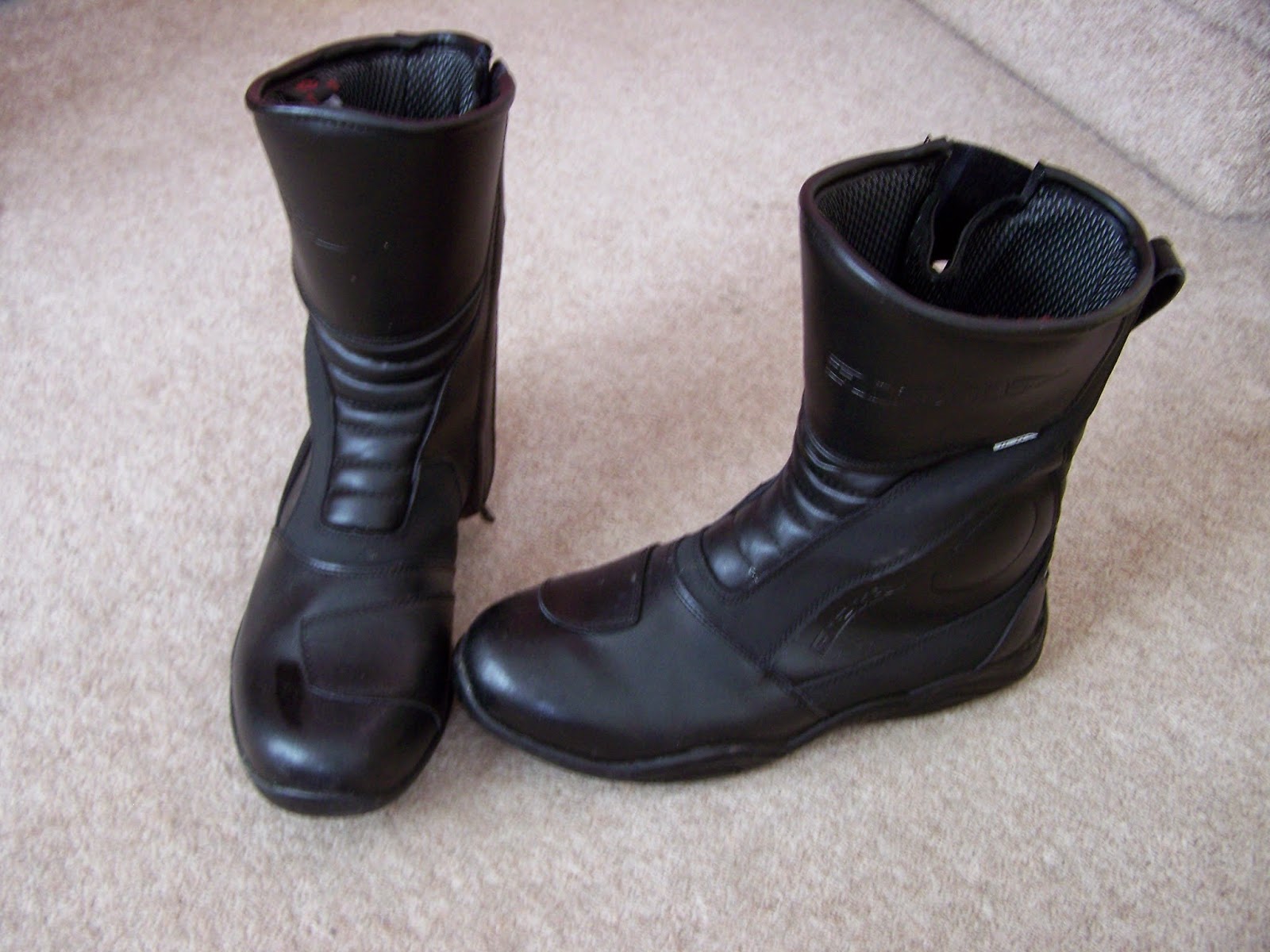 These are a cracking pair of Richa Gortex
lined boots. Didn't need any breaking in. 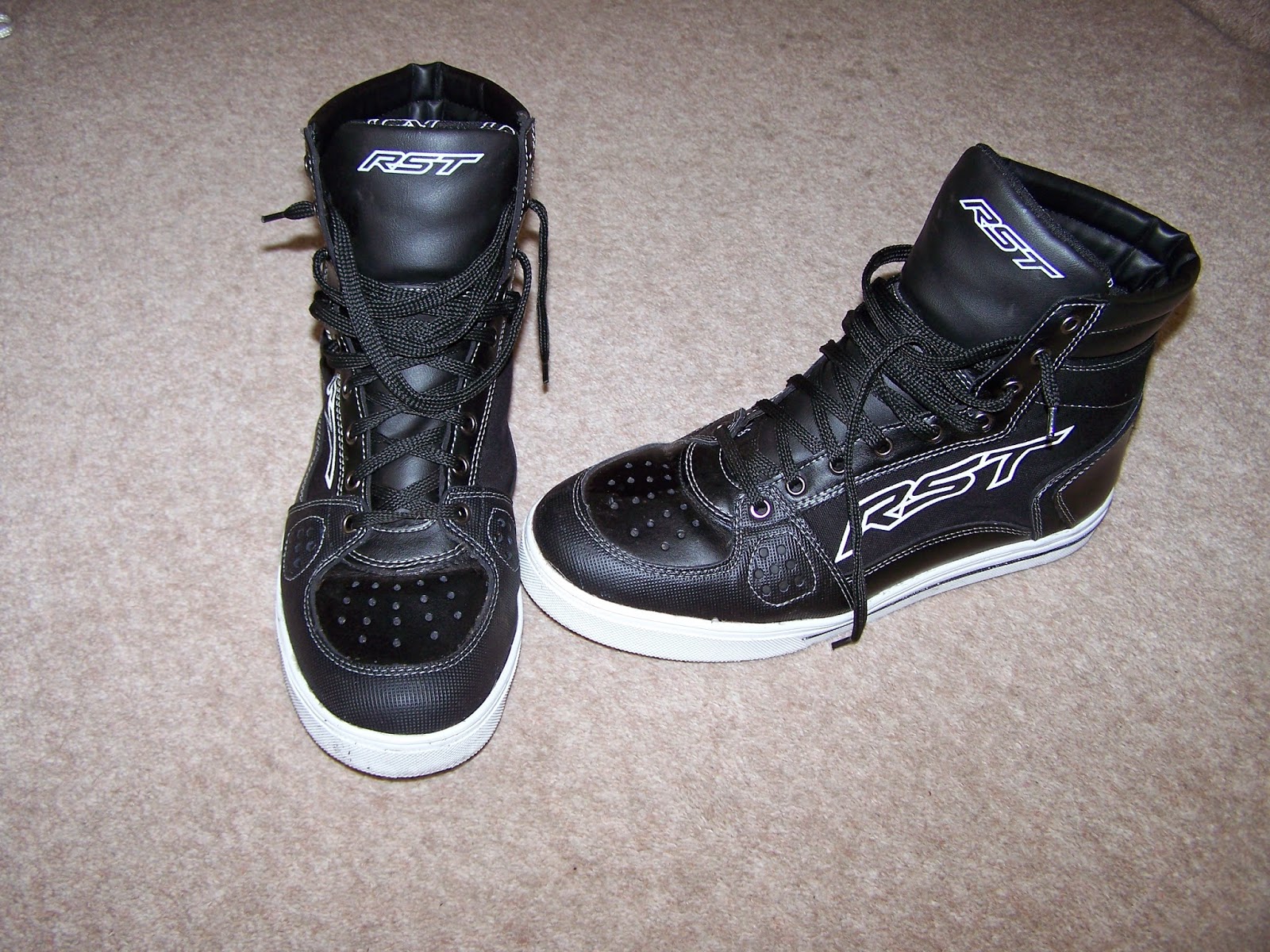 These RST boots are really cool and are great
for walking about in when the bike's parked up.

I have recently lost a fair amount of weight, about a stone and a half, so most of my jeans are falling off me, including my armoured jeans. So, staying with the cool theme, I bought these... 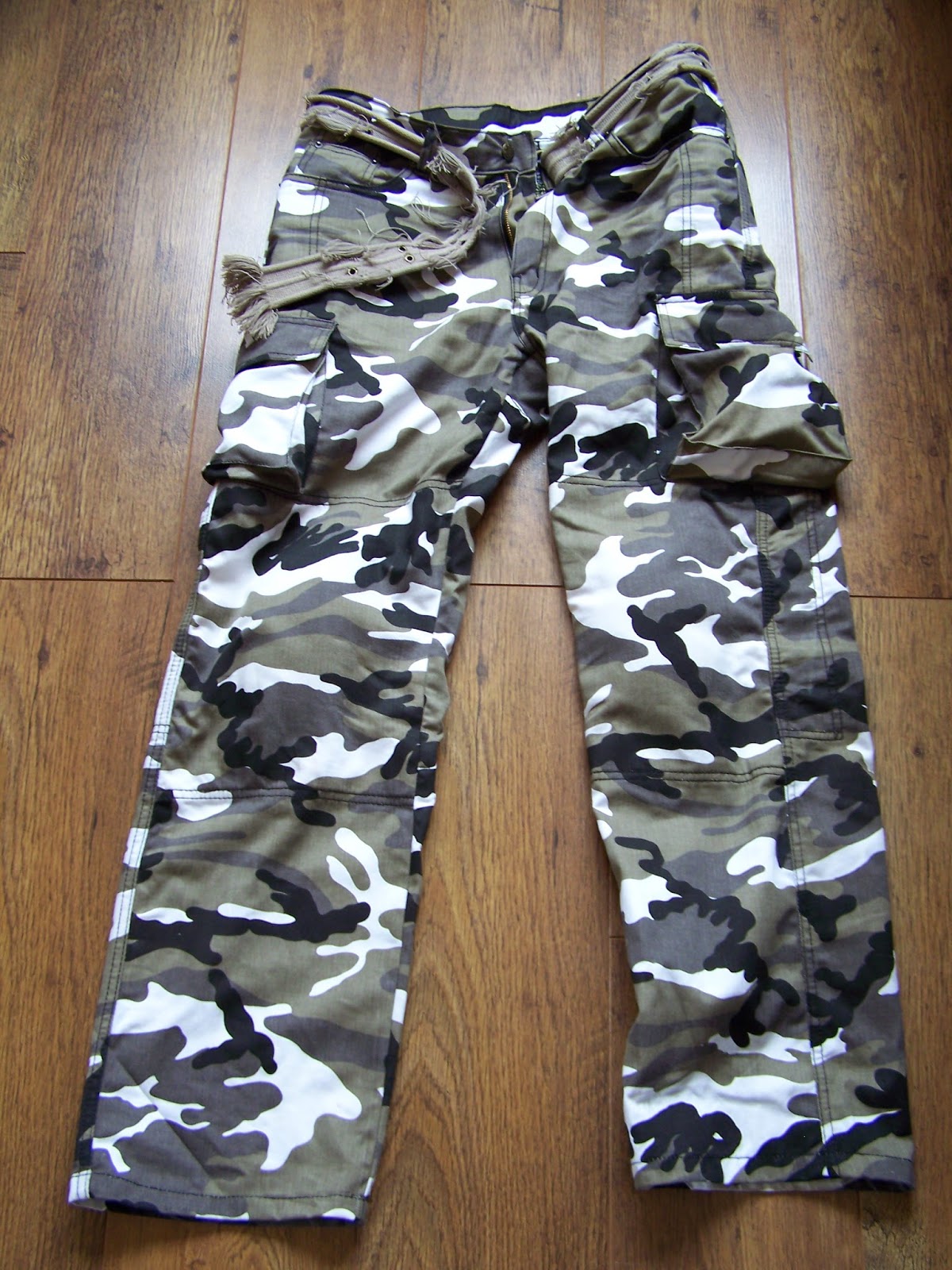 Had another trip out to my favourite teashop recently... 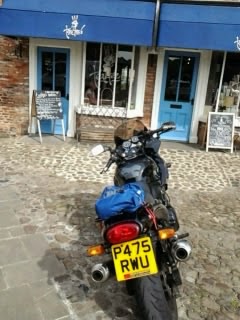 I actually went to fulfill a two year old promise and deliver some of the world's tastiest jam to the owner, Sophie... 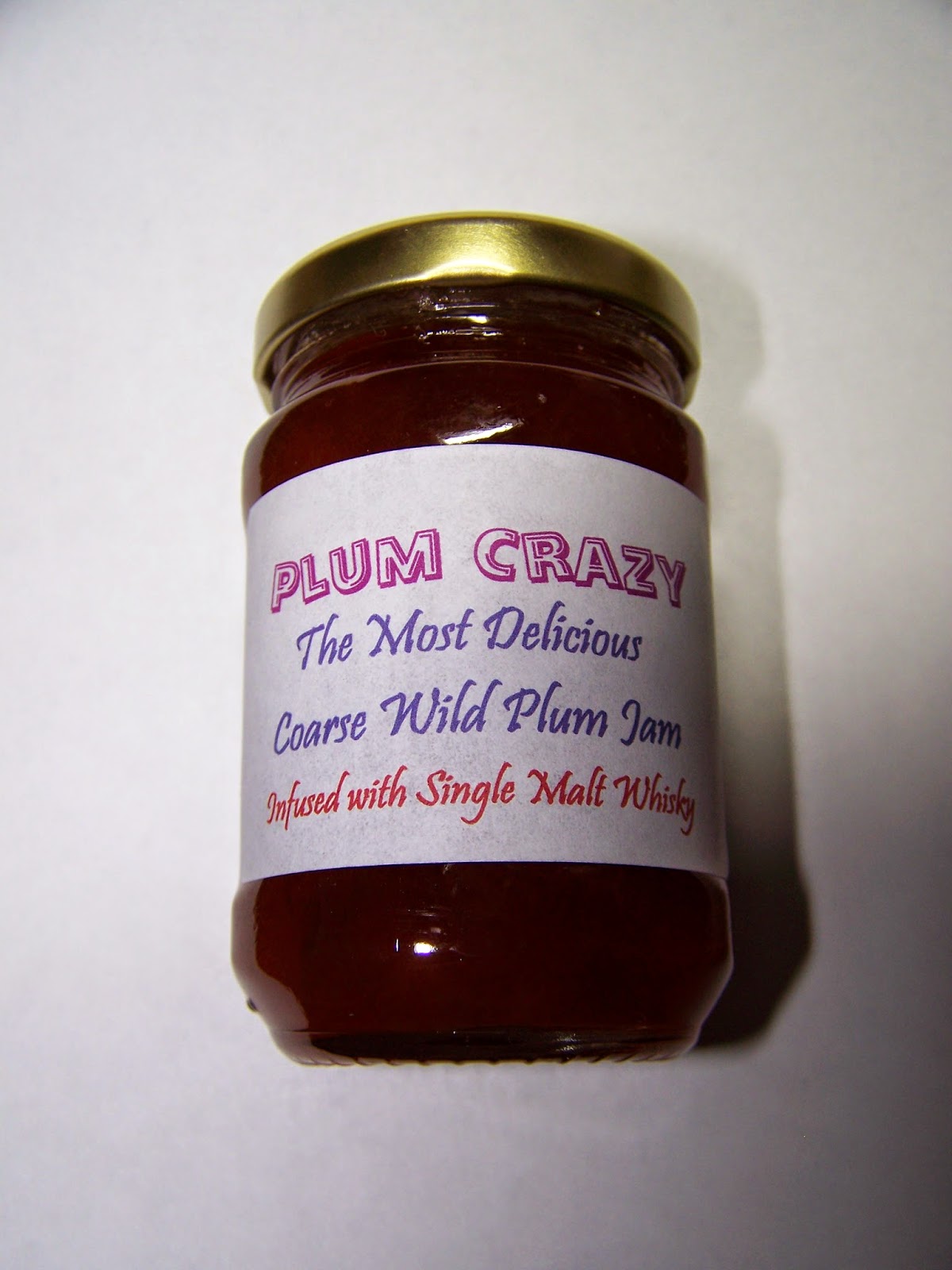 Yes I make this with plums from
my own plum trees and a good
single malt and it is lush!

Weather has been rotten the last few days so the bike's been tucked up in my garage. Still grey today but no rain so I decided a run out was in order. Only got a short way up the road, stopped to post a letter and spotted a horribly oily leak from the left side of the bike. Straight back home to discover it is clutch fluid from the slave cylinder. Bike's in to the workshop on Monday anyway to investigate a coolant leak so I've told them about this as well. Hope it's not expensive especially as I'm just about to buy my wife a replacement car. Losing clutch fluid probably explains the clunky gear changes and couple of false neutrals I've had lately. 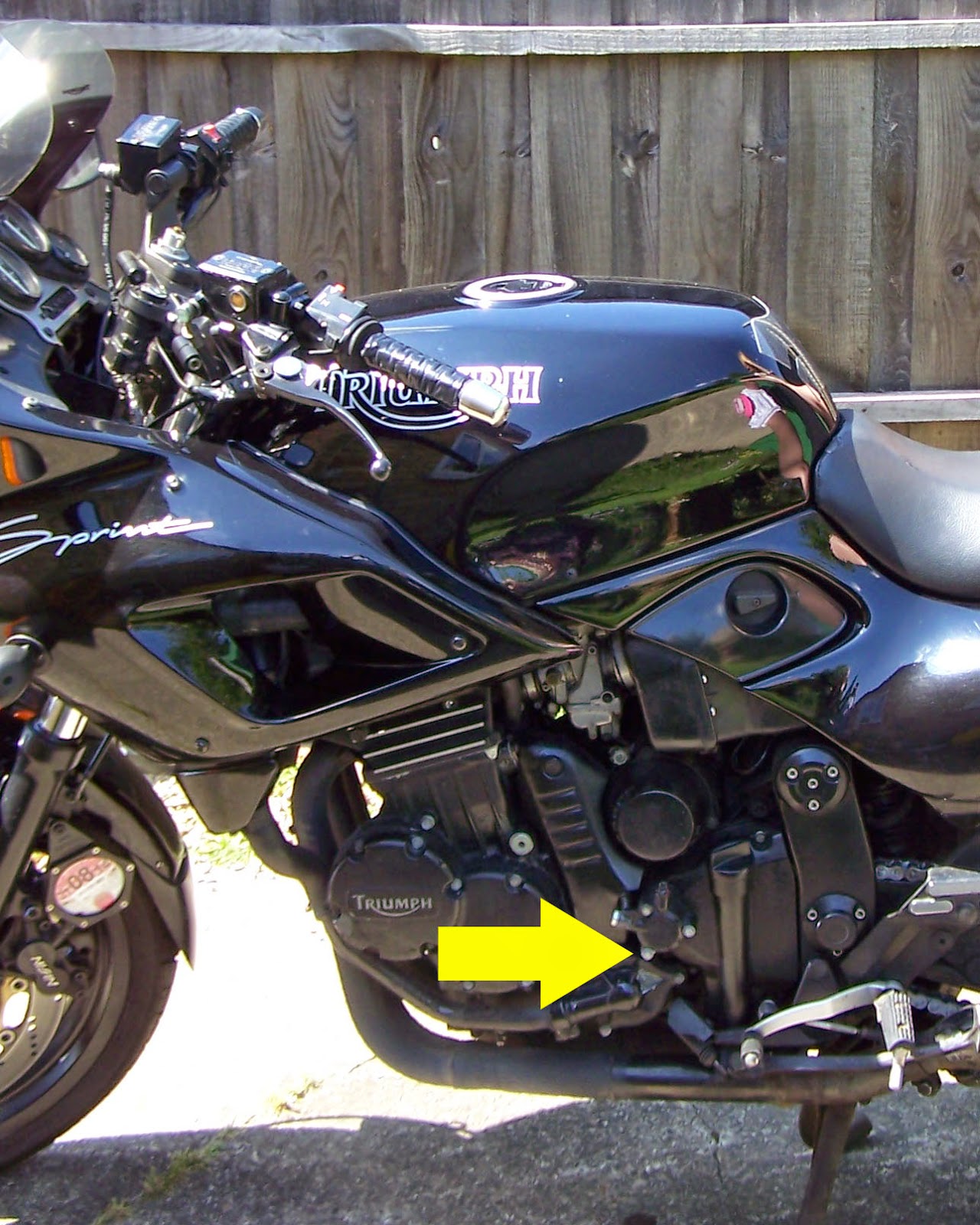 This is where the leak is. I hope it's just a seal.

I'm often seeing new bikes in the various bike mags and on websites that I think are really good (and a lot I think are pretty crap too!) and every now and then one comes along that really does it for me. In an earlier post I disclosed how brilliant I think the BMW RnineT is. However, nothing has made me waver from having Harleys at the top of my love/want list, until now that is.

I've never been particularly interested in fully dressed tourers or baggers. Don't get me wrong Harley Davidson machines of that type are tuly awesome machines, but they're just not my style. I like a much more stripped back style hence my love of the Softail Breakout.

Over the last year or so I have been following the develoment of the Indian brand with interest, but of course they were the dressed cruisers and baggers I speak of and Indian wasn't rocking my boat... until now that is!... 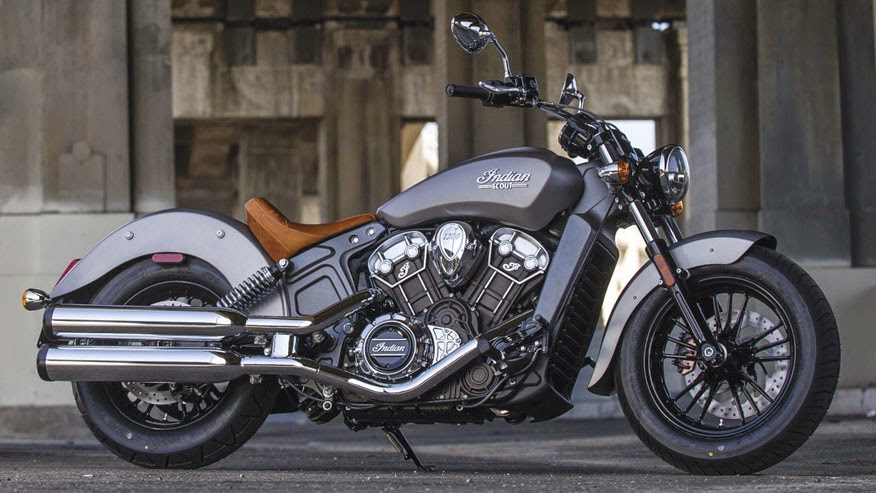 This, as you may already know, is the all new
Indian Scout. It's absolutely stunning! 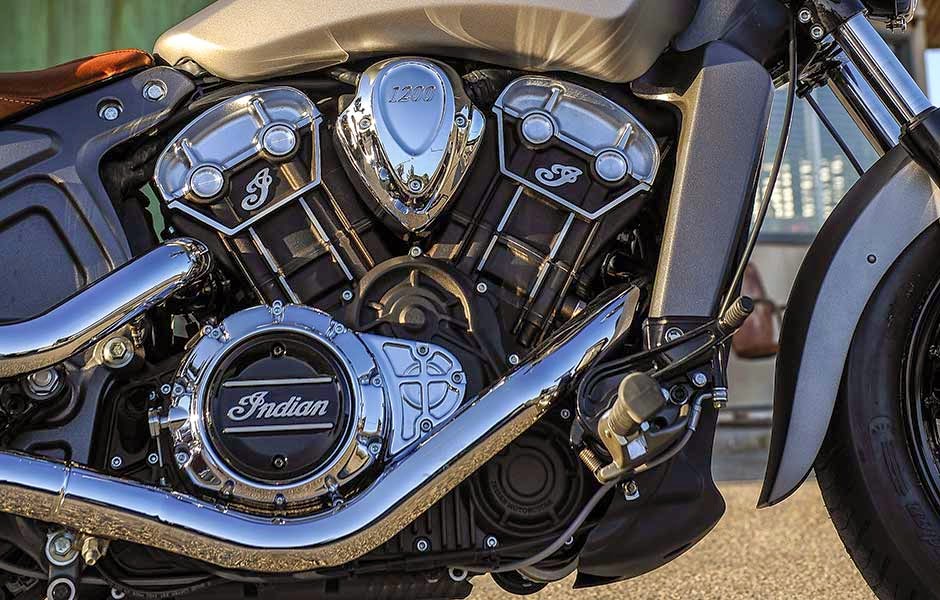 Just take a look at the detailing... 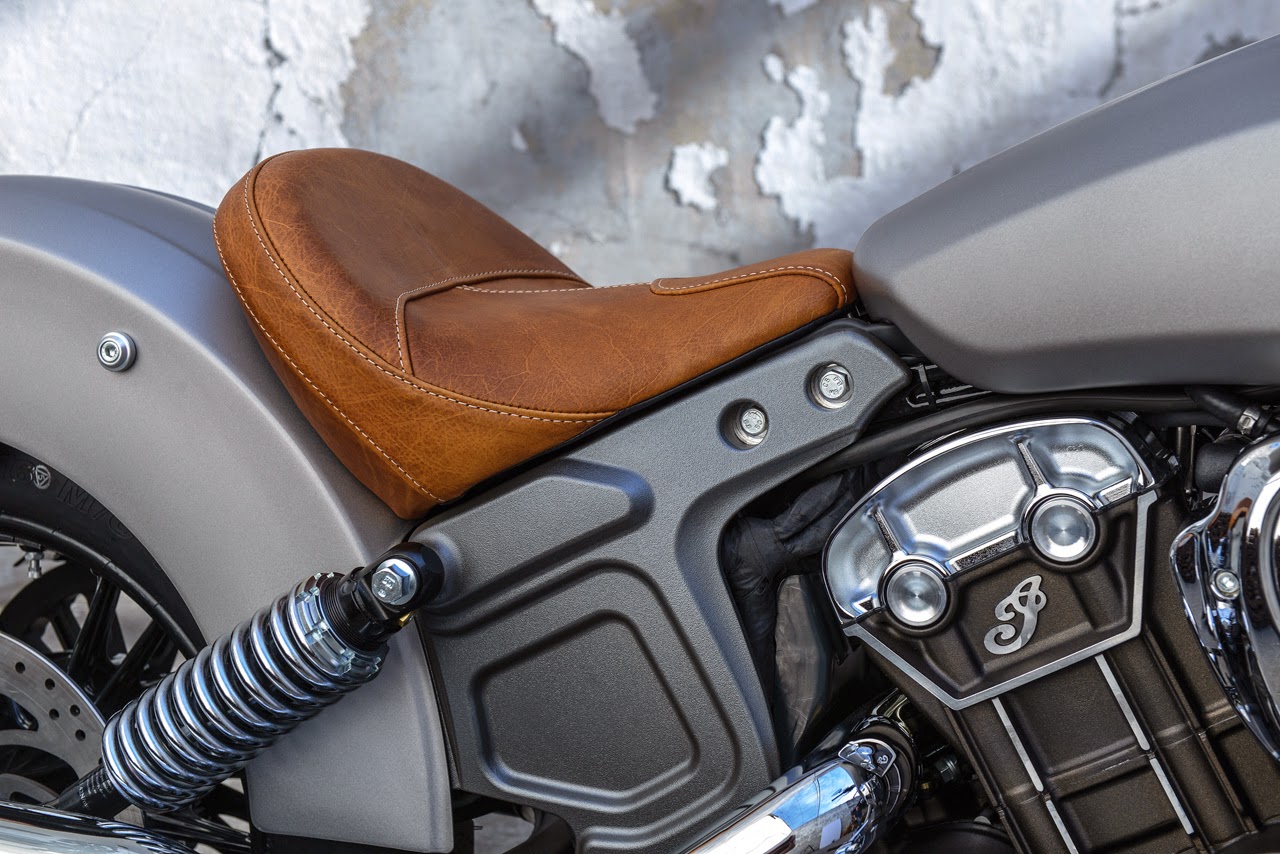 ...and the quality of finish.

As American iron goes this is not a big bike, at 1100 odd cc it is almost 600cc short of the Breakout, and is probably designed to take on the Harley Sportster range. But it is a truly stunning bike, and at around £6,000 less than the Breakout I may waver a little. Or am I just being a bike slut? I tell you what though, if Indian eventually bring out a big brother of the Scout... well let's just say the sales guys at HD Leeds may have their work cut out.

Rev Nigel Benson
Rev Nigel Benson is currently the Curate in the Benefice of St Mary's Haxby & St Nicholas Wigginton, York and Wing Chaplain of Central and East Yorkshire Wing RAF Air Cadets. He is a Grandfather, a Biker, a Video Film creator, an Illustrator and Writer. Nigel is an Army Veteran, a former Police Officer and was an Investigation Officer for a central government department prior to retiring in order to answer the call to ordained ministry. He hates bigotry in any form and has modern liberal views.