Of four thousand miles, a Breakout and riding in the winter.....

Well, once again it's been a rather large gap since my last posting. Same old excuse; life's been busy, work, ministry blah blah blah. Y'know how it goes. Add in to the fact that having moved the dog cage into my office there's no room to work in there. So, I finally wrested my laptop from the ever growing piles of junk and dusted it off (literally!). I don't really use it very much as I'm either using my smart phone or my tablet. (Hey aren't I Mr Gadget!)

Since getting the Harley ten or so months ago I've put in excess of 4000 miles on it. I would say trouble free except for one cable retaining bolt going missing. Turned out the bolt had at some time been overtightened and it had sheered off inside the casing. So, I had to have it drilled out. Took the opportunity to have the saddlebag bars removed too as I use a roll bag when tripping away. I prefer the bare look.

Anyhow, with the bike in the workshop at Leeds HD for a few hours, they loaned me this beauty:... 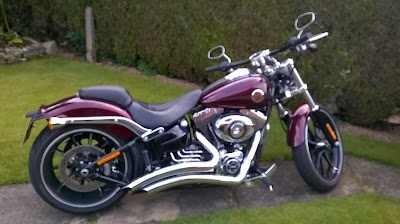 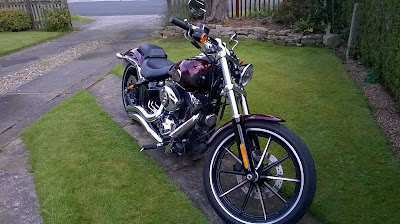 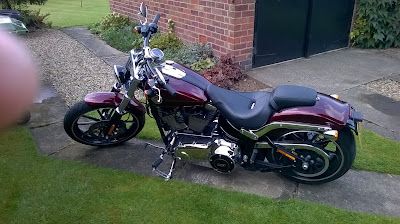 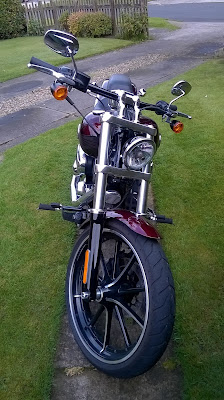 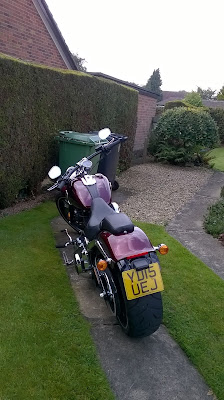 There's no doubt though, the Breakout is on hell of a posing machine!

Of course I have been trying to instil into my grandchildren an interest in bikes. As you can tell it's not been a hard task so far... 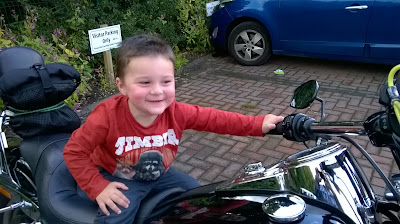 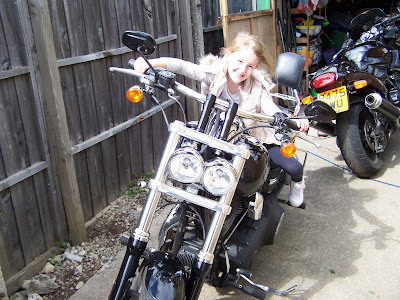 Fortunately the winter has not been too bad to date, no snow in York, and as I don't live near the city centre the floods had no direct effect on us. Also, with unseasonably warm temperatures and financial cutbacks, the local authority has not been spreading salt on the roads. So, I've been wrapping up and getting out on the bike.

Once the salt goes down I'll break out the Triumph. It's got barely any chrome to destroy, so it'll be a good winter hack.

Fatbob's in for its 10,000 mile service and a pair of new tyres in early February. I'll have to give some thought about what bike I may want to borrow.

That's about it for now, except to say I'm still deaf and probably getting deafer, and the tinnitus is screaming just as loudly as ever. Sometimes it is extremely difficult to live with along with the other problems I'm left with, but family and riding a bike make it all bearable and often joyful.

I promise I won't leave it so long to the next post. Keep the shiny side up and may God bless you and yours.